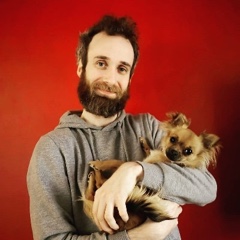 This week the British Government's 'world-beating' track-and-trace system excelled itself. That was the consensus in Reflex Studios during the week.

The conversation was prompted by a Sky News segment that began with:

‘How is it that thousands, potentially tens of thousands, were exposed to COVID-19? It is a staggering story, at the heart of it is this: a computer error message.’

Boris Johnson’s description ‘a computer problem’, was somehow less specific. A computer problem could be anything: did somebody spill coffee over the hardware? Was the computer pushed off the desk to make room for two frenching work colleagues who succumbed to their romantic desires during a late night data input shift? Was the problem Love in the Time of Corona?

Unfortunately the truth was a lot less arousing, unless you find the potential spread of a highly infectious disease arousing, in which case, we kindly ask you to leave our website. No, the truth was much more mundane and sadly avoidable. Health Secretary Matt Hancock revealed that 16’000 coronavirus cases had been missed by the track and trace system after the Microsoft Excel spreadsheet software reached its maximum row limit input of 65,536. As a result, thousands of cases weren’t pushed through to the track and trace system.

Public Health England was running Microsoft Excel 1997-2003, which is about six versions removed from the most recent Microsoft 365. Had they been using the most recent version of Excel, this data flow would have continued uninterrupted - at least until they tried to input data into the 1,048,576th row, which is the current software’s limit.

‘Computer error’? We feel that’s unfair to the computer. It was just doing the job as best it could. The root of the cause is simple: outdated infrastructure and unsuitable software. The humble Excel spreadsheet from 2003 is not equipped to handle a ‘world-class’ track and trace system.

So, what’s the point of this post? It’s not to criticise the Tory-led UK government. Labour has already accused their handling of the track and trace system as shambolic. We understand why the test results from providers Deloitte and Serco supplied data in CSV form. We even find ourselves using it from time to time. Public Health England may have legacy issues that forced them to continue to use Excel. Which brings us onto technical debt.

Technical debt is a concept in software development that reflects the implied cost of additional rework caused by choosing an easy (limited) solution now instead of using a better approach that would take longer. But nothing exists in a bubble: a rapidly spreading global pandemic highlighted the need to expedite the update of outdated software and data input methods. With the speed of technological advancement, it’s not surprising that some of the systems we have in place are slow to catch up.

I suppose the lesson to take from here is the importance of keeping your IT infrastructure up to date because if you don't, you might just end up excelling yourself.